History of Teams of Our Lady

The Teams movement began in Paris, France in 1938, when a young couple 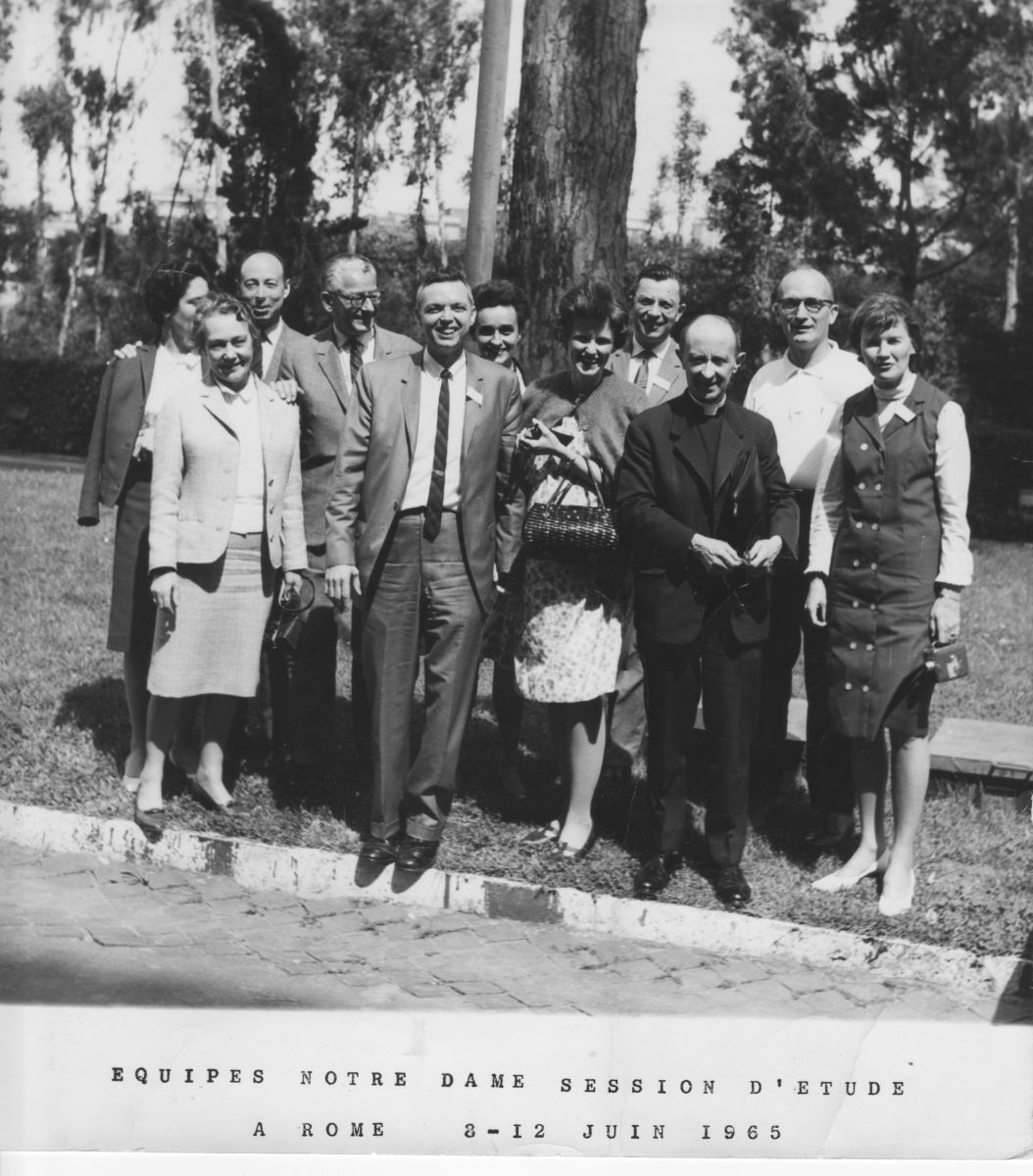 approached their parish priest, Fr. Henri Caffarel, seeking a program within the Church which would support and develop holiness within the Sacrament of Matrimony.  Fr. Caffarel suggested that they begin the journey and discover it together. They and three other couples, met on February 25, 1939 and the “Caffarel Groups” began, became popular and multiplied.  They were later renamed Teams of Our Lady.

In 1947, Fr. Caffarel drafted “The Charter of the Teams of Our Lady.”  The means set out in the charter are a commitment to living out the Gospel.

1960: The Teams of Our Lady movement received the first official recognition of the Church via a letter from Cardinal Feltin, Archbishop of Paris.

1975: The Decree of Recognition of the Teams of Our Lady as a Catholic Association was granted by the Pontifical Council for the Laity.

1992:  A Decree of Recognition as a “Private Association of the Faithful” was granted by the Pontifical Council for the Laity.

2002: Teams of Our Lady received Official Recognition from the Vatican as a Movement, with Juridical status, in conformity with canons 298-311 and 321-329 of the Code of Canon Law.